You are here: Home / Theatre / Joseph K at the Gate Theatre Notting Hill

Who knew that this little fringe theatre in Notting Hill bred such talent. It was my first visit to the Gate to watch Joseph K by Tom Basden. It’s a play based on Franz Kafka’s The Trial, which usually means dark and depressing.

Surprisingly, this was not totally dark and depressing. It is quite a clever play on the themes of a society managed by faceless bureaucrats, where your life is not your own. This could be the stuff of nightmares. The story starts with Joseph K’s 30th birthday and his sushi order is delivered by 2 strange men, who eat his sushi and forces him to sign and arrest warrant. His situation then rapidly descends into a bottomless, faceless world of bureaucracy with no chance of escape.

All this was done in the scarily familiar contempary world we live in like the bottomless stupidity of call centres, ridiculous call in radio shows but there were lots of laughs too.The ending could have done with a rewrite as it was a bit confused but up to that point, it was engaging and made for uncomfortable viewing.

The cast of 4 dealt with the multiple roles with fluidity, especially Tim Key and Pip Carter, who plays the lead role.

Tim Basden is one to watch. 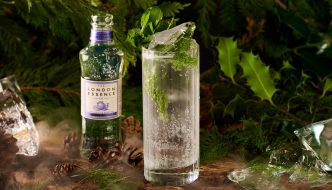 London Mezcal week is coming up! 11th-17th September in Hackney. It will be celebrating Mezcal,  Mexican  culture,  art  and  food,  ending  with  a  two day … END_OF_DOCUMENT_TOKEN_TO_BE_REPLACED

Proud Mum Kate, took these adorable pics of Princess Charlotte and shared it on twitter. Wearing a dress and a little cardigan, she is setting new baby style trends!   This photo of Princess Charlotte was also taken by The Duchess of Cambridge at home … END_OF_DOCUMENT_TOKEN_TO_BE_REPLACED

Fashion wise, which is the most popular? I tend to favour the most common one, the loop. It's easiest to do and I dont have to remember any complicated steps. I found this video on how to tie a scarf in 16 ways. I might try a couple of the different variations … END_OF_DOCUMENT_TOKEN_TO_BE_REPLACED

Here is a view of St Paul's Cathedral on a sunny day against a lovely blue sky. … END_OF_DOCUMENT_TOKEN_TO_BE_REPLACED